Recipe of peppers stuffed with meat

Stuffed peppers are one of the homemade recipes that I like the most. I learned to prepare them thanks to my mother, who is an indisputable teacher when it comes to cooking peppers.

Peppers can be filled with an infinite number of things, with fish, chicken, vegetables and you can even make Rice Stuffed Peppers. In the case of this recipe, I made minced meat. And I also mixed beef and pork.

To make this dish I used red peppers without skin, the well-known red peppers that are the most popular. And in addition, I finished cooking them in the oven with a little Parmesan cheese on top to leave gratins.

Hey, I know you can buy peppers without skin in the supermarket, but it's not the same. In addition the process of removing their skin is very, very easy, I explain it step by step with photos below. Okay, do not be lazy 😛 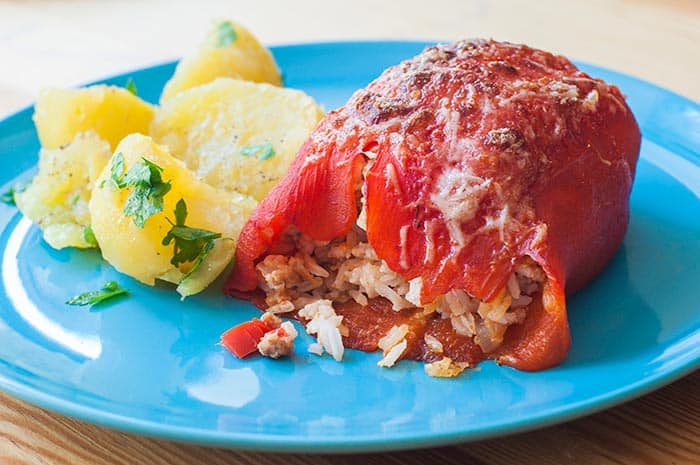 In the photo my pepper broke, but no matter. 😛

Now we are going to cook the minced meat filling of the peppers. 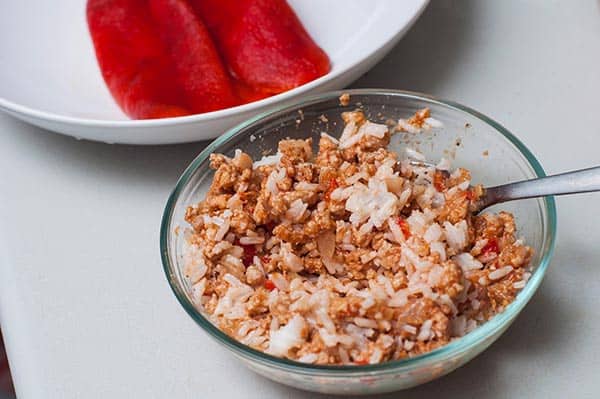